I get a lot of questions on this blog about Nutrisystem (naturally).

Some are standard Nutrisystem questions that most people have – you can read about those here.

However some are a bit more…off the beaten path.

Because of that I’ve had to to a lot of research into the Nutrisystem program in order to answer those questions.

So I thought I’d write about a few of the “weirder” Nutrisystem facts I’ve come across when researching this diet.

In many cases these are things that most people don’t know.

Hopefully, some will be helpful to you on your own journey – and others are just for your general amusement (or strange party conversational topics).

Weird Nutrisystem Facts You May Not Know:

#1 Gas and Bloating on the Nutrisystem Diet?  It Does Happen! Here’s Why:

Some people do get a little um, uncomfortable at first with bloating and gas on this diet.

This is because of the high fiber content of the foods. According to Nutrisystem, it’s nothing to worry about.

On average the diet plan gives you 25 – 35 grams of fiber a day which is in line with the Daily Recommended Intake for fiber.

However if you’re not used to having this much fiber before starting the diet, you could start bloating a bit.

You can ease into this process and let your body adjust slowly by switching to fruit juices instead of fruit and having cooked veggies instead of raw for your first few weeks. That should help.

Most people think that they’ll do the Nutrisystem diet for a couple of months, lose the weight and then that’s it. It’s back to making their own snacks and meals on their own.

You can do that if you want. But that’s actually not your only option.

Nutrisystem has a Maintenance plan called Nutrisystem Success which you can use as you slowly transition off the diet in order to keep your weight stable and avoid regaining.

It’s actually pretty good too – you have 4 different options depending on how far along you are towards your goal.

Then you can move on to just getting lunches and snacks – so you’re responsible for your own breakfasts and dinners.

Finally once you’re at your weight loss goal and don’t want to lose any more you can move to just getting bars and shakes – and adding your own meals and snacks.

You don’t have to do the Maintenance plan (I didn’t). But if you want that extra little bit of support along the way to make sure you don’t regain the weight, it’s worth knowing that you have an option with the Success program.

#3 You Can Buy Nutrisystem Meals A La Carte

Not sure you want to do the full meal plan? Have a craving for a certain Nutrisystem bar or dessert and want to stock a few extras? No problem.

You can easily buy Nutrisystem meals a la carte from their official website here (but you have to scroll down to the bottom to get to the a la carte option).

Now obviously you’re going to end up paying more per meal if you buy the meals a la carte than you would with the meal plan. But if you only want a few things, it might be worth it.

Also Nutrisystem has an Advantage program that you can join to get a discount on a la carte meals – something to think about if you’re going to order them on a regular basis!

In the old days you used to have to track your meals, Power Fuels and Smart Carbs on your own or using the starter guide they sent you – but not anymore! There’s an app for that.

You can easily download the Numi app to your phone and view your meal plan, track your meals and even get tips on eating out, restaurant menu selections and more.

This can make the Nutrisystem diet even easier to do (plus the app is free!)

#5 Nutrisystem Also Has A Vegetarian Plan

A lot of people don’t realize that Nutrisystem actually does have a Vegetarian plan. There are over 90 different meals to choose from and you can customize the meals to get what you want.

You can enjoy meals like Cheese Tortellini and Vegetarian Chili along with desserts like a chocolate cupcake!

#6 Marie Osmond Has Been the Nutrisystem Spokesperson Since 2007

Obviously this is a very positive partnership – Marie Osmond has been promoting Nutrisystem and is in most of their commercials – since 2007. Other celebrity spokespeople for Nutrisystem include Dan Marino and Melissa Joan Hart who have both lost weight with the plan.

#7 Nutrisystem Meals Do Not Use Aspartame

You would think that diet meals – like diet pop and other diet desserts – would use a sweetener like aspartame.

However with more and more people being cautious about this sweetener it’s good to know that Nutrisystem meals do not contain any aspartame or saccharin.

However some Nutrisystem foods do contain sucralose (aka Splenda) which tends to have a much better reputation than aspartame.

#8 Nutrisystem Meals Do Not Have Trans Fats

More good news – Nutrisystem meals also do not contain any trans fats and are not made with any hydrogenated oils.

As of now anyways, Nutrisystem accepts Paypal as one of their methods of payment.

Why is this weird?

Well the majority of online diet merchants don’t accept Paypal. And some people prefer using Paypal since you can pay with your bank account or credit card. Plus there’s that extra level of protection if you’re nervous about buying online.

#10 The Nutrisystem Diet is NOT A Fad Diet

I had one person tell me that Nutrisystem was a fad diet – the implication being that because people lost weight so quickly that it had to be a “fad diet”. But that’s actually not true.

According to Wikipedia a fad diet is a “diet that makes promises of weight loss or other health advantages such as longer life without backing by solid science and in many cases are characterized by highly restrictive or unusual food choices.”

First of all, the Nutrisystem diet plan is not highly restrictive. It gives you a safe 1200 – 1500 calories a day – enough for a healthy caloric deficit but not too low as to be unhealthy or dangerous.

This caloric level also has a lot of scientific evidence behind it to support the fact that it’s a healthy number of calories for someone looking to lose 1 – 2 pounds per week.

We’ve all heard stories of people passing out because they were doing a fad diet that was under 1000 calories a day – that’s just plain dangerous.

That won’t happen with Nutrisystem as you’re getting enough calories to sustain you. Plus you’re also getting a balance of nutrients with your veggies and fruit to keep your body healthy while it sheds the weight.

While Nutrisystem does not have a specific plan for people with lactose intolerance – you can still do the diet. It just may take a bit more work.

You’ll have to check out the Nutrisystem menu and go through the different meals. Each meal lists the ingredients and at the end of the list it will say if it has any common allergens like wheat, dairy, soy etc.

So you’ll just have to select your own meals that have no dairy. But according to Nutrisystem they have enough dairy-free meals that someone with a lactose issue should be able to do the diet.

So those are 11 weird facts that most people don’t know about Nutrisystem. I hope you found at least a few helpful.

Do you have a question about Nutrisystem – or know a weird Nutrisystem fact? Share it with me in the comments below!

“How Much Weight Can I Lose on Nutrisystem?”

Are Nutrisystem Meals Good? What You Need to Know! 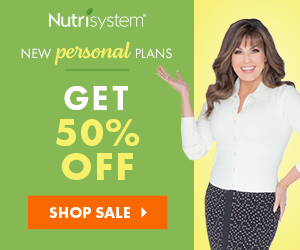 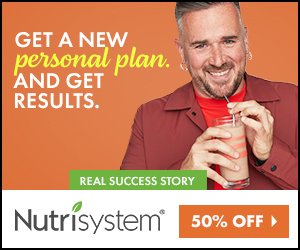 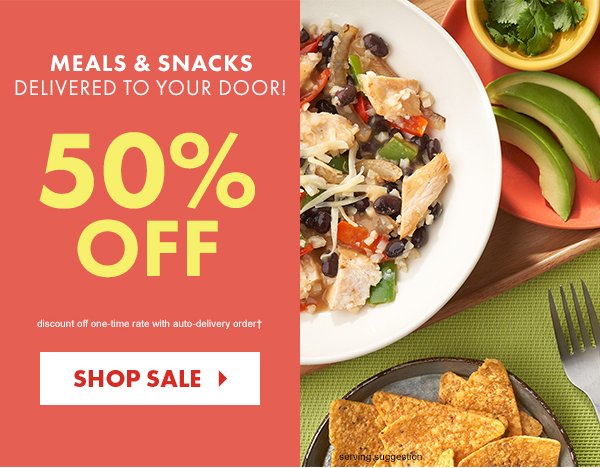