While Nutrisystem itself is pretty affordable (less than $11 a day for most of your meals is a pretty great deal), some people want to find an even cheaper alternative to Nutrisystem.

So this post is about one option you may want to consider – the Wonderslim diet. (I’ll be posting about more cheap alternatives to Nutrisystem in the future as well.)

Wonderslim is similar to Nutrisystem in that there is a Basic, Core and Premium program.

Like Nutrisystem it sends you most of your pre-made meals that you need to eat every day (with a few exceptions that you’ll read about below).

Wonderslim has a lot of similar meals like bars, shakes, soups, pastas, chilis and more. There’s even a few desserts in there like chocolate cake and cheesecake.

Wonderslim emphasizes high protein meals and, just like Nutrisystem, you eat from 5 – 6 times a day every few hours so you don’t get hungry.

But there are a few things you should know when comparing these plans – to make sure you get the best value for your dollar.

Is Wonderslim Really A Cheaper Alternative to Nutrisystem?

A lot of people assume that because Wonderslim is not as well known – or widely advertised – that it’s cheaper than Nutrisystem. You’re not “paying for the name” right? Also, when you look at the starting prices, it does in fact appear to be cheaper.

The Wonderslim Basic package starts at $7.07 a day, the Core is around $8.38. The premium is about $10.61 a day. These plans do appear about $1-$2 cheaper per day than the respective Nutrisystem plans.

So Wonderslim does appear more affordable – however let’s look a bit closer. There are some things you should consider to really see if you’re getting the best value for your money.

The cheapest Wonderslim diet plan is around $7 a day. This is the Basic program. It’s about $2 cheaper (per day) than the Nutrisystem Basic plan.

However on the Wonderslim Basic program, you only get 4 Wonderslim meals per day – you have to add in the rest yourself (snacks, fruits and veggies, a sensible dinner etc). And this actually increases your food cost per day.

On the Nutrisystem Basic Program you get 5 meals per day (plus a few light snacks of fruits or veggies you add yourself). So you’re getting one extra meal per day with Nutrisystem.

This may not matter too much to you – but it’s something consider when comparing these plans.

Now let’s look at the Wonderslim Core plan. It starts around $8.38 per day whereas Nutrisystem Core is about $1 a day more.

Since dinner entrees usually cost a bit more – and you’re getting entrees with Nutrisystem that you don’t get with Wonderslim – you’re pretty much coming out about even here between the two plans as far as cost goes.

However as with the other two plans – you have to look under the hood.

Wonderslim premium does give you 7 meals per day (more than you get with Nutrisystem which gives you 5). So that’s a plus for Wonderslim. And there are dinner entrees included here – another plus.

But the Nutrisystem Uniquely Yours program gives you as many fresh-frozen gourmet meals as you want – which are going to taste a bit better and feel more substantial than the ready-to-go entrees in the Wonderslim plan.

Nutrisystem Uniquely Yours also gives you a much bigger selection – over 150 meals to choose from (vs less than 100 on the Wonderslim plan). And there is no limit on the number of fresh-frozen dinners, snacks, desserts, lunches or breakfasts you can get with the Nutrisystem gourmet plan.

So you’re getting a higher quality of food with the Nutrisystem premium plan than with the Wonderslim premium plan – which may be important to some people who want that extra pampering as they lose weight.

Other Differences To Consider

One thing I like about Wonderslim that you don’t get with Nutrisystem is the ability to buy 2 week starter kits. You can also buy 4 week kits. But if you want to do 2 weeks of the diet only, then Wonderslim has this option.

On the other hand, you get more online support (online tools, call in to dietitians and counsellors) with Nutrisystem than with Wonderslim (no online tools or support). So it really comes down to what you want.

So is Wonderslim Really a Cheaper Alternative to Nutrisystem?

Well yes and no. It does appear cheaper on the surface – especially for the Basic plan at a very attractive $7 a day.

Then again you have to compare apples to apples. When you look closer you realize that you’re not actually getting as much food with the Wonderslim plan vs the Nutrisystem plan.

And the quality of meals does differ on some plans.

If you really don’t care about this then you’ll probably do great with the Wonderslim plan.

But if you want more meal options – or the option to get more gourmet meals, then Nutrisystem is still a pretty good choice.

Click Here For Free Shipping on the Wonderslim Diet

Click Here to Save 40% and get FREE Shakes on Nutrisystem

Nutrisystem Alternative: Medifast – Is It A Better Option?

Nutrisytem Core vs Uniquely Yours – Which is Best For You? 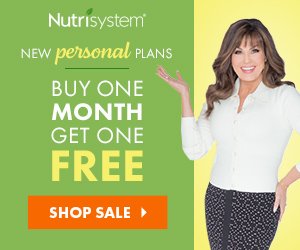 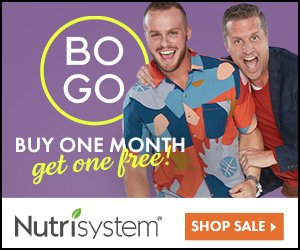 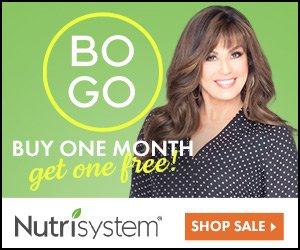